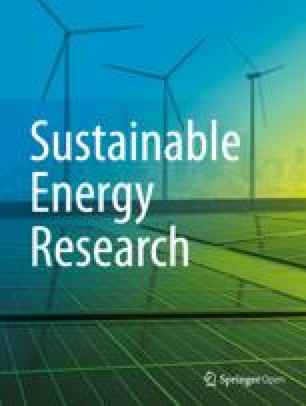 There are numerous maximum power point tracking (MPPT) algorithms for improving the energy efficiency of solar photovoltaic (PV) systems. The main differences between these algorithms are digital or analog implementation, simplicity of the design, sensor requirements, convergence speed, range of effectiveness, as well as hardware costs. Therefore, choosing the right algorithm is very important to the users, because it affects the electrical efficiency of PV system and reduces the costs by decreasing the number of solar panels needed to get the desired power. This paper provides the comparison of 62 different techniques used in tracking the maximum power based on literature survey. This paper is intended to be a reference for PV systems users.

Recently, renewable energy technology has been swiftly developed where it has an important role in clean energy application. An important type of renewable energy is solar energy that produces electrical energy directly using PV modules supported by MPPT algorithm to maximize the output power. The objective of obtaining MPP in PV systems is to regulate the actual operating voltage of PV panels to the voltage at MPP, by adjusting the output power of the inverter (Libo et al. 2007).

This paper presents a brief comparison between different techniques to help the users to choose an MPPT technique for a particular application. The comparison between the MPPT methods includes cost, analog or digital implementation, sensor dependence, convergence speed, hardware complexity, and effectiveness.

Second section illustrates the statement of the problem. Comparison between different MPPT techniques is given in third section. In fourth section, the methodology is presented followed by the fifth section in which results are introduced and three most popular algorithms are presented. Finally, the conclusion is presented in the last section.

Statement of the problem

In medium- and large-scale systems, sun tracking or MPPT or both are used to obtain maximum power (Tse et al. 2002). MPPT systems are considered the most popular in all PV systems. MPPT systems are used to reach MPP automatically from solar modules. That is the PV system will work at its maximum efficiency. The amount of energy gained by PV system depends on several factors including level of irradiance, temperature, and partial shading. Thus, these algorithms should consider the changes in these factors. The characteristic current–voltage curve and power–voltage curve are displayed in Fig. 1. These characteristic curves present the parameters that describe the operation of the PV cell such as the open-circuit voltage V OC , short circuit current I SC , and the cell voltage, current, and power at the maximum power point, V MPP , I MPP , and P MPP , respectively.
In addition, the fill factor FF and efficiency η are considered. FF measures the quality of the PV array. It is the ratio of the actual MPP (P MAX ) to the product of V OC and I SC as in (1) (Chen 2011).
$$FF = \frac{{P_{MAX} }}{{P_{T} }} = \frac{{I_{MP} V_{MP} }}{{I_{SC} V_{OC} }}$$
(1)

While the efficiency, η, of a solar cell is defined as the ratio of the output electric power over the input solar radiation power under standard illumination conditions at the maximum power point (Chen 2011).

The MPPT techniques vary in many aspects, which might help the users to decide the system that suits their unique applications. These parameters include hardware implementation, sensor, convergence speed, multiple local maximum, cost, application, and dependency on array parameter. Hardware implementation is simply the type of circuit: analog or digital (Esram and Chapman 2007). Sensors and their numbers affect the decision makers to decide which MPPT to use. The more precise MPPT requires more sensors (Reported issued by National Instruments 2009). Usually, it is easier to sense voltage than current. The irradiance or temperature sensors are very expensive and uncommon (Faranda and Leva 2008).

The ability to detect multiple local maxima when the system is under different irradiance levels is another important parameter. The power loss can reach 70 % under partial shading condition, if a local maximum is tracked instead of the real MPP (Reported issued by National Instruments 2009; Ji et al. 2009).

Performance cost is another parameter that concerns the users. It is usually cheaper to use analog system than digital system. Moreover, the number and type of sensors, using other power or electronic components, add extra cost to the system (Faranda and Leva 2008).

Different MPPTs are suitable for various applications. Depending on the application, different aspects may be considered important when choosing the PV system. As an example, in space satellites and orbital stations applications that involve a large amount of money, the costs and complexity of the MPP tracker are not as important as its performance and reliability. The tracker should be able to continuously track the true MPP in minimum amount of time and should not require periodic tuning (Khatib et al 2010).

The MPPT system might be independent (direct) or dependent (indirect) on array parameters. The direct methods use PV voltage and/or current measurements. These direct methods have the advantage of being independent from the prior knowledge of the PV array configuration and parameter values for their implementation. Thus, the operating point is independent of irradiance, temperature, or degradation levels. The indirect methods are based on the use of a database of parameters that include data of typical P–V curves of PV systems for different irradiances and temperatures, or on the use of mathematical functions obtained from empirical data to estimate the MPP (Khatib et al. 2010; Jain and Agarwa 2007). Table 1 summarizes the most important characteristics of MPPT algorithm that is used to compare between different techniques.
Table 1

In this work, we conducted a literature review to what is available in terms of MPP tracking algorithms. We analyzed theoretically the work presented in each paper and fetch the parameters as indicated in Table 1. We collected 45 different algorithms. The differences between 45 MPPT algorithms are listed in Table 2. Table 2 is an extended work to what have been presented in (Ali et al. 2012). Further, algorithms are collected from other resources.
Table 2

The comparison between 62 algorithms is shown in Table 2. According to the table, the most common algorithms are perturb and observe (P&O)/”hill-climbing,” incremental conductance algorithm, and fuzzy logic controller (FLC).

Below is a quick review of these three well-known algorithms.

The P&O is the most popular for its low cost, ease of implantation, simple structure, and few measured parameters, which are required. It only measures the voltage (V) and current (I) of the PV array. PV system controller changes PV array output with a smaller step in each control cycle. The step size is generally fixed, while mode can be increased or decreased. Both PV array output voltage and output current can be the control object; this process is called “perturbation.” It depends on the fact that the derivative of power with respect to voltage is zero at MPP point (Sera et al. 2006; Busa et al. 2012). This method fails under rapidly changed atmospheric conditions and has a slow response speed oscillation around the MPP (Sera et al. 2006).

Although incremental conductance is an improved version of P&O, it can track rapidly increasing and decreasing irradiance conditions with higher accuracy than P&O. However, this algorithm is more complex than P&O. This increases computational time and slows down the sampling frequency of the array voltage and current (Esram and Chapman 2007; Chen 2011; Yadav et al. 2012; Rashid 2011; Zainudin and Mekhilef 2010).

FLC consists of four categories as fuzzification, inference engine, rule base, and defuzzification. The numerical input variables are converted into fuzzy variable known as linguistic variable based on a membership function similar to Fig. 3. In this case, five fuzzy levels are used: NB (negative big), NS (negative small), ZE (zero), PS (positive small), and PB (positive big). For more accuracy seven fuzzy levels are used. In Fig. 3, a and b are based on the range of values of the numerical variable. Conventional fuzzy MPPT consists of two inputs and one output. The two input variables are the error (E) and the error change (ΔE), at sampled times k. The input E (k) shows if the load operation point at the instant k is located on the left or on the right of the maximum power point on the PV characteristic, while the input ΔE(k) expresses the moving direction of this point (Esram and Chapman 2007; Ali et al. 2012; Faranda and Leva 2008; Brito et al. 2013).

In this work, we presented a comparison of 62 MPPT algorithms. In the comparison, we used several parameters including the complexity of the system, number of sensors, kind of circuitry (digital or analog), tuning, convergence speed, and the dependency of the parameters. The results are shown in the table to serve the users to choose the suitable system that suits their specific applications. Moreover, we presented a summary of three most common MPPT algorithms.

HJE and TS originated the problem idea. KM collected and demonstrated the idea. RE contributed in writing and reviewing the paper. All authors read and approved the final manuscript.

The authors declare that they have no competing interests.

Open AccessThis article is distributed under the terms of the Creative Commons Attribution 4.0 International License (http://creativecommons.org/licenses/by/4.0/), which permits unrestricted use, distribution, and reproduction in any medium, provided you give appropriate credit to the original author(s) and the source, provide a link to the Creative Commons license, and indicate if changes were made.